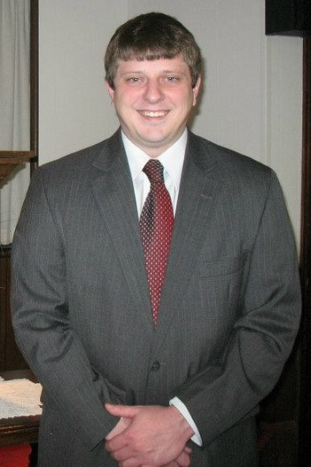 Elder Chase Harrison was born and raised in Paris, TN. Son of Elder David Harrison and his wife Susan, he was brought up in the Primitive Baptist faith and the doctrines of grace. He joined the church (Union Primitive Baptist Church of McKenzie, TN) when he was 18 years old in August of 2001. About four years later, Union PBC voted to call him to the office of deacon, and he was ordained to that office in November of 2005.

Upon finishing college and earning a Bachelor of Science degree in the field of Computer Science, he began to work in that field while continuing to serve as deacon at Union PBC. In the summer of 2009, the church began to notice a speaking and teaching gift within him, and Chase began to feel the call and burden to preach the gospel. In September of 2009, Chase made his first attempt to speak in a preaching way before his home church. Then, in November of 2009, Union PBC voted to license Chase to accept preaching appointments at other churches and exercise his gift to preach in other areas. After about two years of exercising, Chase was ordained to the full work of the gospel ministry in November of 2011 under the scriptural authority of the church and an assembled presbytery of elders. 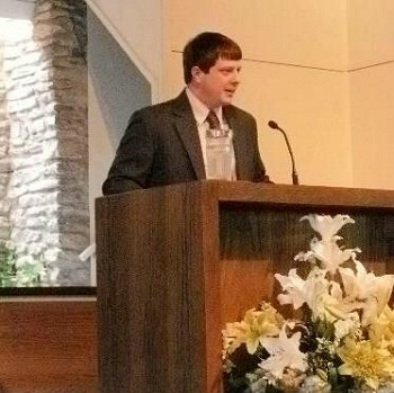 After visiting several times and filling various preaching appointments at Raleigh Primitive Baptist Church in Memphis, Raleigh PBC voted in conference to officially call Elder Chase Harrison as their pastor in February of 2012. After taking several weeks to prayerfully consider the pastor call, he announced his decision to accept the call to pastor Raleigh PBC in May of 2012.

After just a couple months of job searching, Chase was blessed to be able to find a job and move to Memphis in July of 2012. Currently, in addition to pastoring the church, Chase's secular profession is being a "Web Developer" at Brother International Corporation in Bartlett, TN.

May the LORD continue to bless our pastor and our church as we grow together in the grace and the knowledge of our Lord and Savior Jesus Christ. - 2 Peter 3:18
W O R S H I P